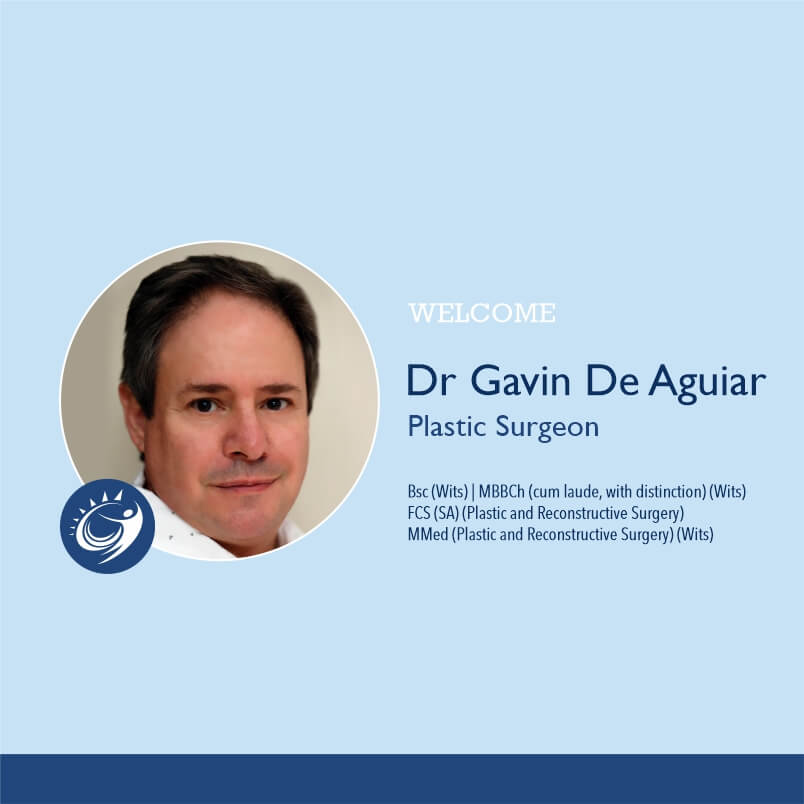 Dr G De Aguiar is a plastic and reconstructive surgeon whose career allowed him to visit plastic, cosmetic surgery and burn units across the globe, spanning the Americas, Europe and Australasia, ensuring comprehensive state of the art plastic surgery and best practice for all his patients. He graduated from Wits in 1983 obtaining his BSC degree in medical physiology and biochemistry. He was awarded the Gencor Prize for Highest overall aggregate in the fifth year of medical training and the Kurt Gillis Award for Psychiatry for the most distinguished all-round graduate.

Doctor De Aguiar Graduated Fellowship of the College of Surgeons of South Africa in Plastic and Reconstructive surgery in 1994.
He entered Private Practice in 1997 and became a certified advanced trainer for Botox in 1999. He enjoys an active academic and research career and is continually involved with numerous research projects with several local and international publications. In 2005 he obtained his Master of Medicine Degree (Plastic Surgery).