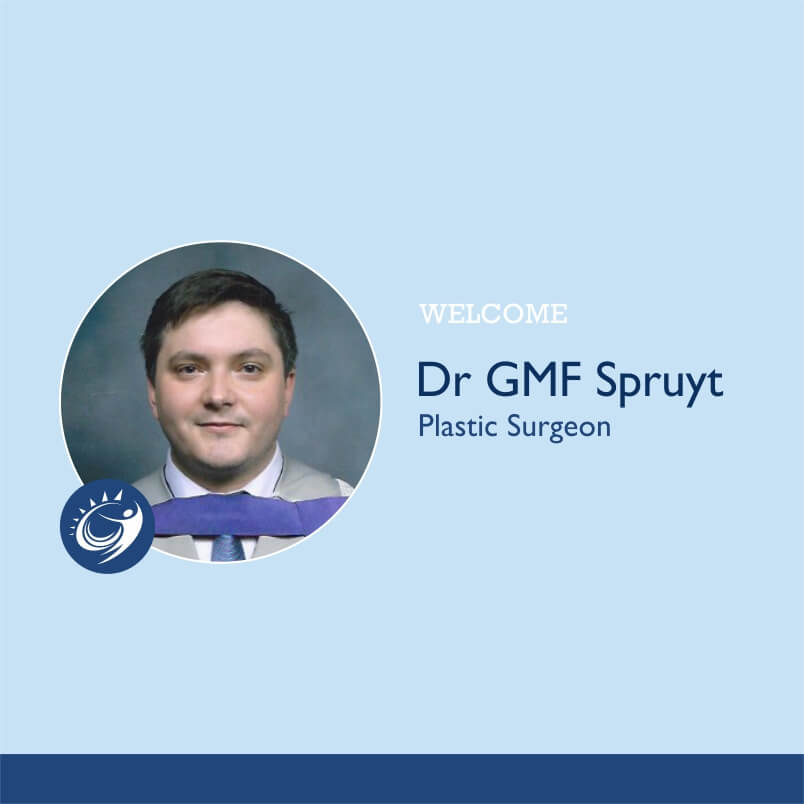 Dr Spruyt was raised in Pretoria. He then did his undergraduate studies in medicine at the University of the Free state. He completed his MBChB in 2007.

He did his internship and community service training in Port Elizabeth Hospital complex after which, he spend his last year in Port Elizabeth working in the department of surgery and trauma as a medical officer.

In August 2018 he went into Private practice in Kimberley, working at both Mediclinic Gariep and Lenmed Royal Hospital and Heart Centre.

It has been his long term goal to move back to Pretoria and in March 2019, his wife, Riani and two daughters, Ellie and Katrijn, were able to relocate with him and fulfil this dream where he now has rooms at Erasmuskloof Cure Day hospital.