Home | Blog | What is a General Surgeon? 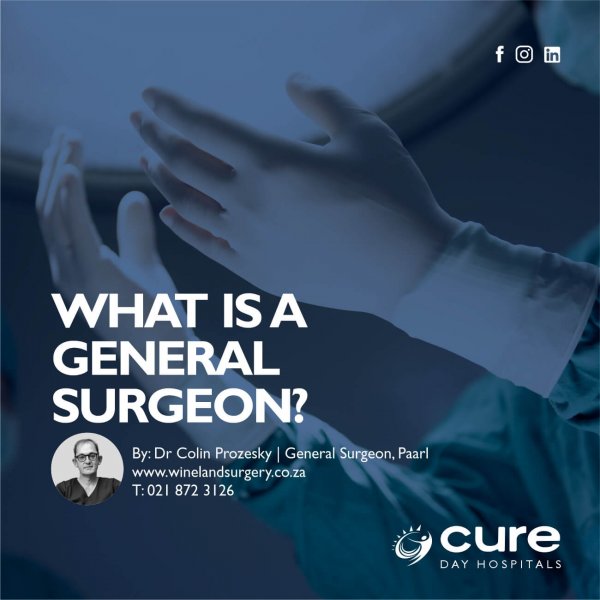 What is a General Surgeon?

General surgeons are trained in the diagnosis, pre-operative, operative, and post-operative care of patients. This encompasses a variety of disciplines including surgery of the alimentary canal and intra-abdominal organs. Further, there are the disciplines of trauma surgery, endocrine surgery (thyroid and other glands), vascular surgery (surgery of blood vessels), breast surgery, oncological surgery (cancer surgery), and paediatric surgery to name the most well-known.

The history of surgery goes back to at least 12,000 BC. The earliest operations were generally done for trauma and in some cases to eliminate evil spirits “causing disease” as evidenced by the most ancient of procedures, trepanation (the drilling of a hole through the skull to allow evil spirits to escape).  Historically the extent of surgery was severely limited by three things, bleeding, pain, and infection. Until these three things could be adequately addressed surgery remained rather barbaric with patients being held down and offered alcohol whilst the operation took place. Most patients died due to their condition and the surgery itself. Due to this surgery was not considered a medical profession and in the 1700s was performed by Barber surgeons. This can still be evidenced in the red-and-white pole traditionally seen outside barbershops. It was only later that surgery became a fully-fledged medical profession accepted into the fold of the medical associations worldwide. Because of this association with the Barber surgeons general surgeons in countries like the United Kingdom still refer to themselves as Mister rather than Doctor. It was only after the Industrial Revolution with the adherence to antiseptic technique and the development of safe anaesthesia that surgery could truly develop. This plus the ability to control bleeding during surgery allowed surgery to progress and make the massive advances seen in the 20th and 21st centuries. From the crude amputations and procedures of the past we have now progressed to performing major surgeries through tiny incisions in the form of minimally invasive surgery and even robotic surgery.

As a general surgeon today, we are required to complete six years of general medical training followed by a further five years dedicated surgical training rotating through various surgical disciplines. Many surgeons will then go on to super specialise in a specific field.  However, in a country like South Africa, the general surgeon still has a vital role in many towns and cities as most super specialists are situated in the big centres that patients do not always have easy access to them, plus many conditions don’t require a super-specialist and can be more than sufficiently addressed by a general surgeon.

Every day in a general surgeons’ life is a new challenge and this is what makes the field so exciting. You never wake up in the morning knowing what your day will hold and even the elective operations are never always the same. Every patient’s anatomy and response to surgery are different. The great beauty however is that as a surgeon you take on a problem, solve it, and most times see an immediate response that improves the quality of life for your patient be it removing a painful toenail or performing a major operation for cancer. You do however need to make many difficult decisions that may also have a major impact on people’s lives, but this Is outweighed by the fact that in most cases your actions help and improve people’s lives.

We will not sell, share, or rent your Personal Information to any third party or use your email address for unsolicited mail. Any emails sent by us will only be in connection with the provision of our services and/or the marketing thereof. We use cookies on our website to give you the most relevant experience by remembering your preferences and repeat visits. By continuing in the website you accept the use of cookies.

FOR INFORMATION ABOUT COVID-19 VISIT:

is this safe to do?